“You should change it!“

Perhaps I can explain why I haven’t yet.

It was lonnnggg before Twitter, while MiLady and I were still courting (2001), I wrote her poetry and signed it, “(Your) Leprechaun Prince” — which was the nickname that she had given me.

Prince: because I was a courteous, Old World gentleman, who treated her (and made her feel) like a Lady; and,

Leprechaun: denoting my Irish heritage (leprechauns are *not* tall; I’m only 5’5″ or 165.1cm), my knack for creating/locating trouble, and my witty — sometimes sexual — sense of humour.

I needed a Twitter name AND Leprechaun Prince was already taken!

“Why not Rabbit?” she said. “You belong to that graveyard group of rabbits.”

It seemed harmless enough — silly but harmless, especially if I lost interest in tweeting like so many people do within their first year.

“Remove the space, Dear’st,” MiLady suggested, “Make it one word.”

It wasn’t until about six months later, after I came across an amusing cartoon in an Ontario gensoc (genealogical society) periodical regarding rabbit genealogy, that I understood the irony of my name and all the fun I could have!

2013 was the beginning of GenChat

A fiery, little redhead came on the scene with a genealogy-focused chat hosted on Twitter. Every fortnight was a new topic.

I sat quietly … (it was only an hour) … and was very well-behaved … (until, maybe the third visit)?

It wasn’t my fault, really! My grasp of American slang is … uh … very much in need of a translator! (Far too many times, tea washed across my computer screen and keyboard.  Funny thing though, I have been accused of causing similar accidents to numerous other computers and laptops.).

So, where did “Sir” come from?

24DEC2014 Rabbit was knighted by “ThePirateQueen.”

Why? Perhaps in response to her Royal moniker given in February? LOL (Don’t blame me, I didn’t give it to her.).

— the Leprchaunrabbit has been around long before GenChat, but to change the name now after 12* years? I cannot. *12 years this June 2018

In 2015, I commissioned Tera Hunter, a young artist from Washington State, to draw my portrait! My crest is used as an avatar in most of the social media formats I frequent, while my portrait – the featured image above – is used on my introductory cards (not really business cards because I am not doing anything!). 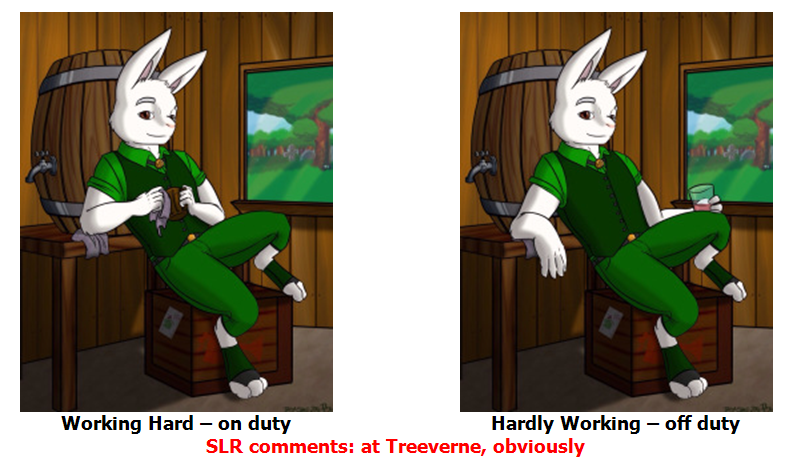 The next pair were not completed, but are included here as I am still fond of them. 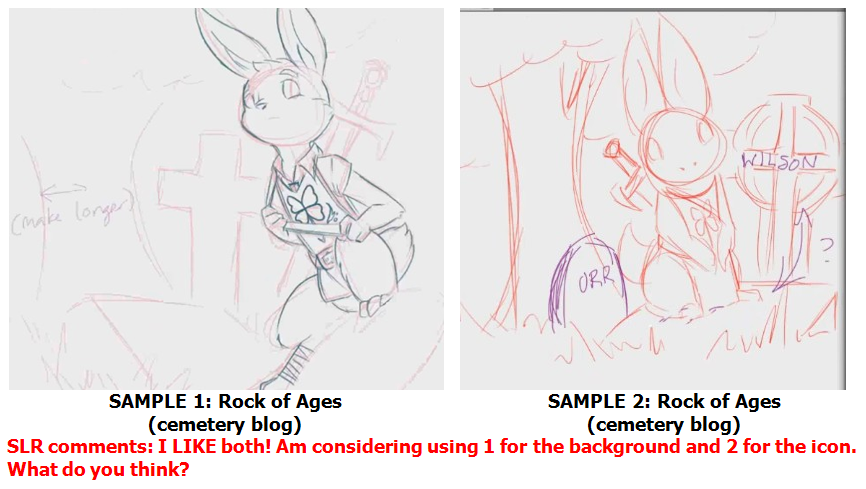 April 2018: Alena “Cipple” Ceccotti from Italy, captured an adorably young (pre-Sir) Leprchaunrabbit in a graveyard among some of the old family stones.

This is where we are now; hopefully you approve of the changes.

This site uses Akismet to reduce spam. Learn how your comment data is processed.